A different sort of house history

Short History of the House at Cedar Point

Hugh Roberts was a frustrated boatman who resented his father for neglecting to issue the required recommendation for his son to become a third-generation Baltimore boat pilot.  After receiving his inheritance upon the death of his father, Hugh followed an advertisement in the Washington, DC newspapers for a waterfront property in Deale, Maryland.  Settlement took place in September 1918 and the Roberts family allowed the owners to live at the property until spring.  From May 1919 until his retirement, Hugh’s wife and children resided at the Deale house each summer.  There was no running water until many years later.  A hand pump near the dairy brought cold water from a well.  Outhouses attached to a tool shed and a small barn completed the farm.  Gradually an enclosed porch, which became the front entry, was added to the north side of the house away from Herring Bay of the Chesapeake.  A second floor was put in the middle of three sections and eventually, heat and running water were added with a full bathroom.  An acre of land with a small cottage used by the Roberts for rental income was sold to Ralph Lanning in 1945. 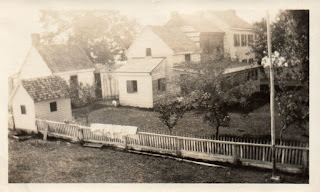 The remaining 2.86 acres were passed down to the Roberts's two children when first Hugh in 1958 then his wife Rebecca in 1964 died.  The house was still a summer home for the extended family with a daughter taking one bedroom, a son another, and two grandchildren taking over the two upstairs rooms.  In 1979 the Roberts' son asked to be bought out and the other three families continued to split the costs.  After the daughter and granddaughter both died, the inheritance was split between the grandson and granddaughter's daughter.  The house was put up for sale and goes to settlement 15 June 2016 just two years, three months, and a few days short of 100 years in the Roberts family. 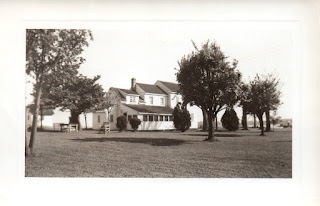 Rebecca Roberts was always on a budget trying to stretch her income.  She grew a large garden with corn, tomatoes, okra, cucumber, and other vegetables.  During the 1920’s she rented the cottage on the property and several rooms in the main house.  Her excellent cooking was appreciated by her tenants.  Her children grew up with chores to help such as fresh water for the rented rooms. 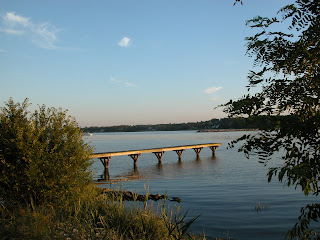 Deale was a small fishing village that grew over time as DC residents bought land for summer cottages.  Mrs. Roberts bought crabs and fish from local fishermen and made pies and cakes for sale or church events.  The family attended the Methodist Church and supported functions at the Fire Hall such as community dinners.  Hugh Roberts was known as Captain Roberts by the locals.  He shucked oysters and smoked with the local fishermen.  His loss of boat pilot status ended with nautical acceptance.

The extended family put up swing sets, built a sandbox, and for several years pumped Bay seawater into an above-ground swimming pool.   4th of July and Labor Day picnics were on the porch with the long table crowded with tomatoes, potato salad, deviled eggs, pickles, sweet corn, crab cakes, or hot dogs or burgers.

The Roberts' granddaughter, a widow by the time of her retirement from school teaching in 1993, continued to spend summers in Deale active in the community church and visiting friends and family. By the time of hurricane Isabel 19 September 2003, she was battling leukemia and stayed at the house as repairs were done in the spring and summers of 2004-2006.   As she needed more help to stay in her beloved Deale, her daughter traveled weekly staying at the house and renewing community ties. The Roberts' granddaughter died in 2007.


For the next six years, her daughter continued her routine visits as co-owner and took thousands of pictures of the family’s beloved vista:  the white caps on Herring Bay.  The week before the sale of the house, she was able to stay for 5 nights in the newly constructed Deale Hotel called Anchored Inn and finished scrubbing the house and soaked up the vista.  She will miss the views, the feeling of belonging to a small, friendly community, the sense of historical continuity and family memories, and perhaps most of all- guardian osprey.  Here’s a heartfelt prayer that the baby Osprey learn to fly before the gabled house at Cedar Point is felled to new construction and a new era.  Additionally, it is hoped that those family memories fly from the vessel of the gabled house and rest in the memory of the descendants of Captain Hugh Roberts and his wife Rebecca of Cedar Point.